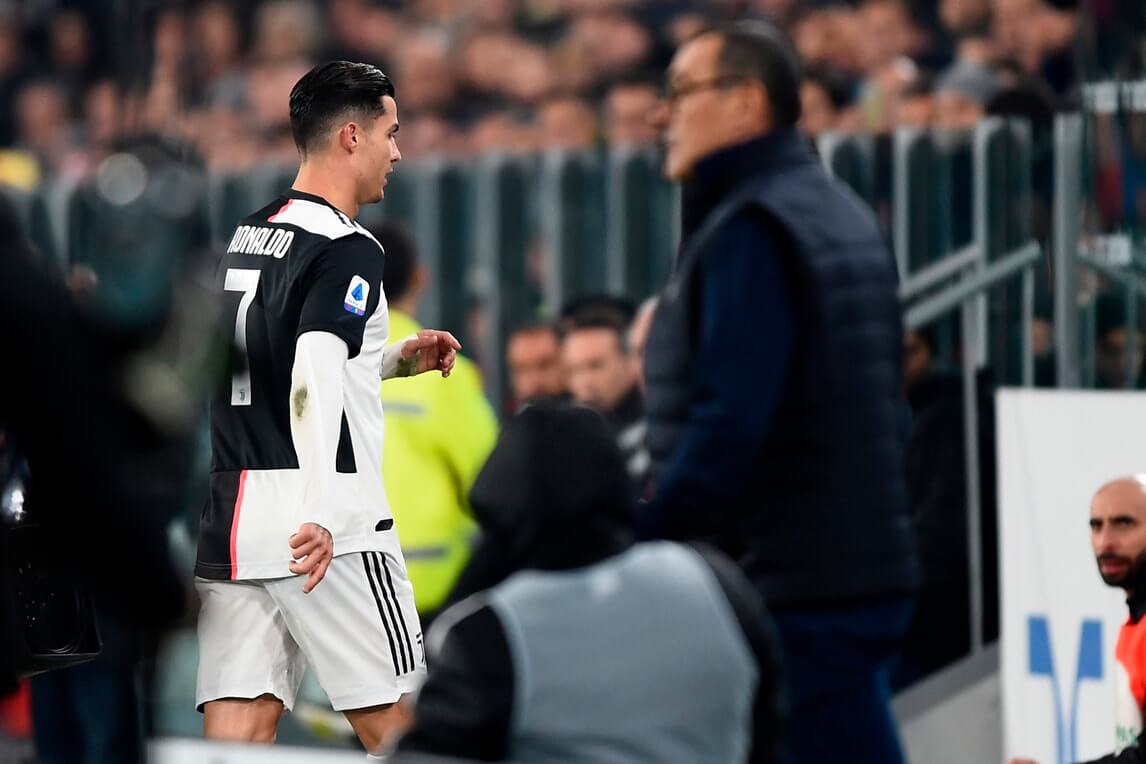 Sacking Maurizio Sarri a good decision or another disaster waiting to happen?

Sarri is sacked after an abrupt ending to Juve's Champions league campaign, but was it the right decision?

After just a year in charge of Juventus, Maurizio Sarri was dismissed on Saturday, following the club's Champions League elimination at the hands of Lyon.

Lyon progressed to the quarterfinals on away goals after a 2-2 aggregate score over two legs, marking an underwhelming end to the season for Juventus.

Juve, however, had managed to clinch the league title with one point above second-placed Inter Milan. The title victory wasn't a result of the formidability and brilliance with which they had been identified with in previous years, rather it was largely a result of the inconsistent form of their main title rivals, Inter Milan, Atalanta and Lazio.

It was a mediocre campaign for the club with nothing remarkable about their title-run. In fact, Sarri's team posted the worst Serie A statistics from the club's last nine title-winning seasons.

But Sarri, who succeeded Massimiliano Allegri in Turin after he left Chelsea at the end of the 2018-19 season, started well at the club. He posted a 14-match unbeaten run in Serie A at the start of his reign; however,things changed and they struggled to keep up momentum.

So what went wrong?

Clearly, Sarri and Juventus were a mismatch.

For a team, which had been very defensive-minded for years, bringing in Sarri, a manager with a distinct attacking-style football, for a short term wasn't a right move. Expecting a team that's been playing defensively for years to seamlessly switch to a completely different style of football within a season is a long shot. Was the club really expecting immediate results?

For the most part of the season, and especially after football action resumed in June, Juventus struggled for intensity and a precise playing style. Sarri had problems instilling his style—a free-flowing attacking football—into the squad and that triggered concerns about his suitability to the role.

The switch in style was difficult to effect and it saw the club fail to reach the same heights as in previous years throughout the season, which is reflected in their final points tally of 83- the lowest number they've amassed in the last decade.

They also conceded more goals than in any of their previous eight title triumphs (43). Additionally, they recorded their worst goal difference of that period (+33) along with the highest number of defeats (7) and the smallest final points gap between the top two clubs (1).

Also, they dropped 21 points from a winning position, more than any other title-winning side in Serie A history, beating Roma's previous mark of 20 which was set in 1982-83.

Sarri also saw his team beaten in both the Italian Super Cup and Coppa Italia finals, losing to Lazio and Napoli respectively. The critics got loud and Champions League elimination in the round of 16 was the final straw.

But Sarri should have been given more time to build a team that suits his philosophy, and the opportunity to get young, exciting players.T he 61-year-old was left with an aged squad, with most of the vital players already past their peak, and a poor transfer strategy.

The Italian is a great coach but he cannot transform a club,with a defensive culture and with players who do not suit his philosophy, overnight. Juventus took the easy way out by sacking a man who might have turned out well for them.