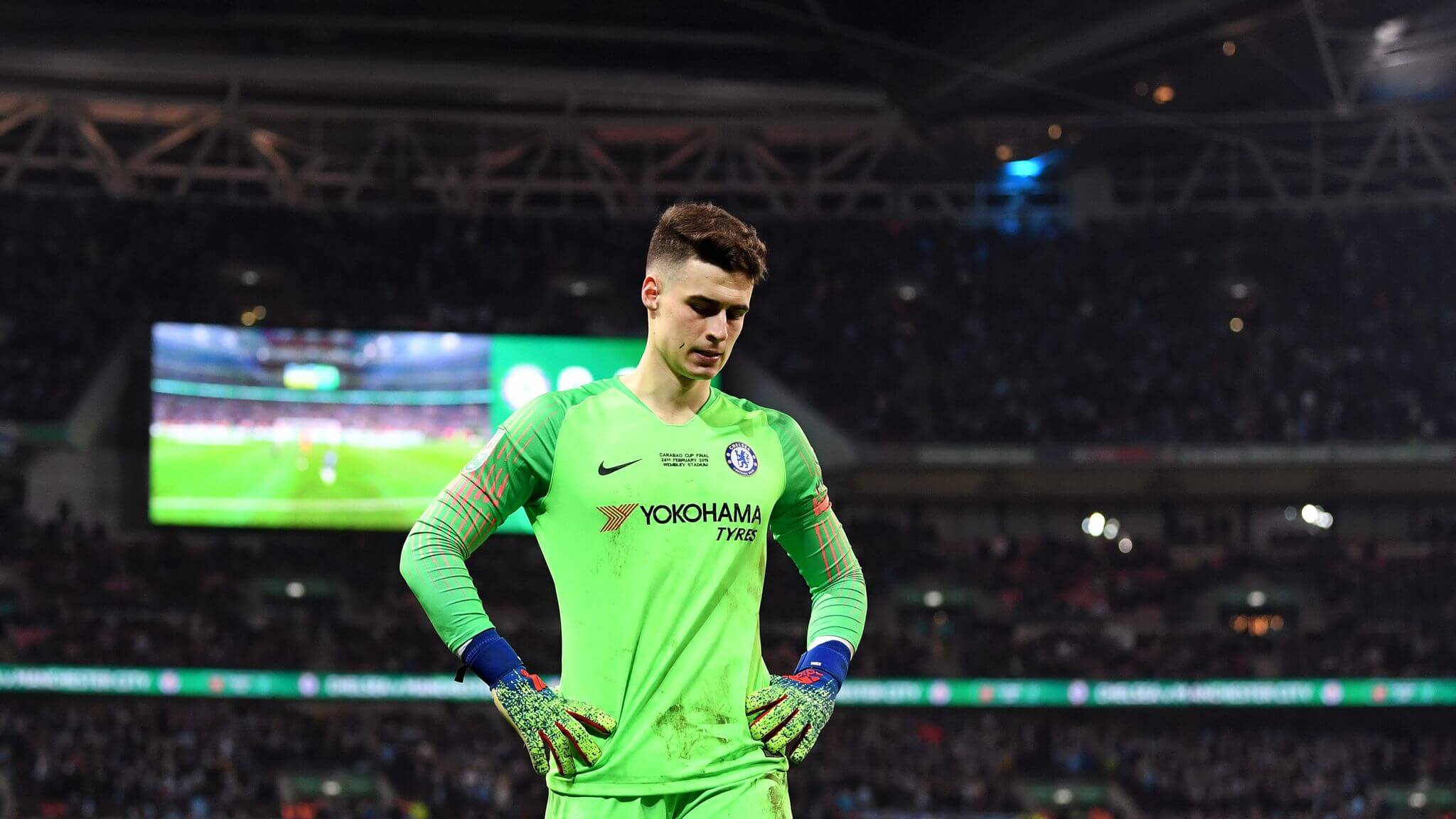 The transfer window is currently open and The Blues have been linked to several targets. Here are possible transfer targets that can solve the club's goalkeeping problem.

Chelsea will look to build on the decent campaign they had in the recently-concluded Premier League season, when a new season begins.

They finished 4th in the league, secured a place in next season's Champions League and will now aim to challenge for the biggest titles next season. However, to do that effectively, they must solve their goalkeeping problem.

Chelsea's number one goalie, Kepa Arrizabalaga wasn't impressive last season. In the Premier League, he recorded a poor save percentage of 55.4, putting him 127th out of 132 goalkeepers in Europe’s top seven leagues.

Additionally, Chelsea had the worst tally for goals conceded of all English Premier League teams that finished in the top 10, with 54 goals.

Kepa's confidence, surely, must be as low as his height at the moment? If Chelsea have set their sights on improving next season, then they must find a way around Kepa.

The transfer window is currently open and The Blues have been linked to several targets. Here are possible transfer targets that can solve the club's goalkeeping problem.

Dean Henderson: Chelsea have been linked with Dean Henderson, Manchester United's second choice goalkeeper, who's been on loan at Sheffield United for two seasons now. However, for Chelsea to secure Henderson's services, the player himself might have to instigate the move and United could very well jack up the price.

Henderson's stats make him an improvement on Kepa, with the 23-year-old Englishman having a 76.6 save percentage. But Manchester United might be the ones needing his services next season, as their number one keeper, David de Gea has been below par in recent times.

Ugurcan Cakir: Cakir plays as a goalkeeper for Trabzonspor in the Turkish Super Lig. There were reports in the Turkish media of Chelsea being linked with the 24-year-old, and who wouldn't want to go for him? Cakir had a 77.3 save percentage in the domestic league last season. He's young and should get better with time. His price tag, also, wouldn't be so high; it seems he would be a decent buy for Lampard's team.

Andrea Onana: Chelsea can go all out for Ajax's Andrea Onana. The Cameroonian isn't expensive, is solid between the sticks, and has the stats to back it up. In the domestic league, last season, he had a 72.5 save percentage, while in the Champions League last season it was 76 per cent and a staggering 85.7 per cent this season.

With the 24-year-old's price tag and current stats, there are only few clubs who wouldn't want him in their squad.

Jan Oblak: Oblak is arguably the best goalkeeper in the world presently, and Chelsea have eyes on the 27-year-old Atletico Madrid shot-stopper. Oblak's stats are impressive. Over the course of his career, his save percentage stands at 78.4. It helps, though, that Atletico Madrid have one of the best defenses in Europe.

There are rumours that Chelsea are looking to bring Oblak to Stamford Bridge, but that looks like a pipe dream. It's unlikely that Oblak would leave Spain now.

With Kepa floundering, Chelsea must find a solution quickly, as they can't turn to second-choice keeper, Willy Caballero, who's already 38 years and can't be relied upon to take them to the next level.

However, Chelsea can decide to give Kepa more time and instead work on their defense, which hasn't been of good help. Given time, Kepa should be able to get better. Perhaps therapy, a better goalkeeping coach, and more clean sheets will do a lot of good for the 25-year-old Spaniard, who was signed for £71.6m in 2018. And if the club can better their defense, it could facilitate Kepa's improvement.

Two centre backs and full backs might do good. Rumour has it that Chelsea are going for Brighton's Lewis Dunk and Nicolás Tagliafico- a left back for Ajax who also scores goals. Tagliafico was and is still being linked to Chelsea at £50m and, given his quality, should be added value to the defense.

A solid defense will go a long way in making Chelsea credible title-challengers next season. Even if Chelsea gets the best goalie, an open defense will leave the man between the sticks vulnerable.