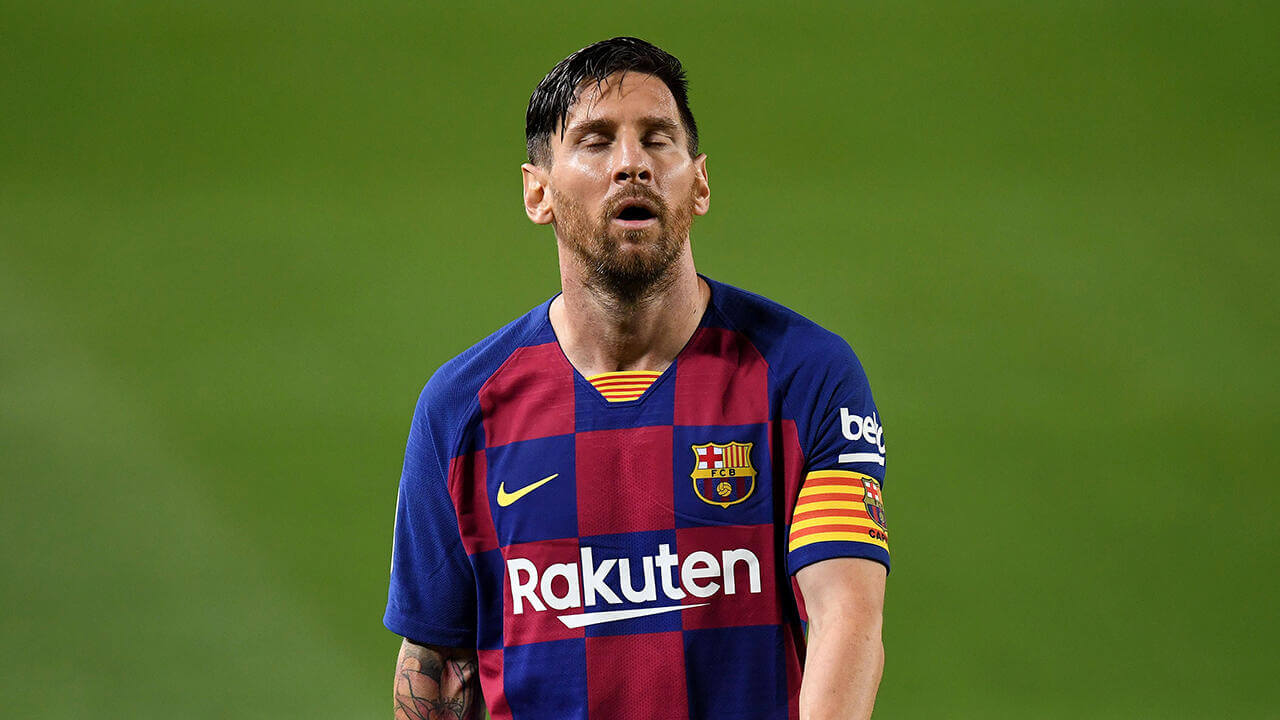 Lionel Messi has said he wants to leave Barcelona, where he has spent all of his career so far. Top European clubs are certainly drawing out strategies to land the 6-time Ballon d'Or winner.

Lionel Messi has said he wants to leave Barcelona, where he's spent all of his career so far. While that has left the Spanish club facing fresh turmoils after their embarrassing 8-2 defeat at the hand of Bayern Munich in the Champions League, other clubs are certainly drawing out strategies to land the 6-time Ballon d'Or winner.

There is no club in the world who wouldn't want to have Lionel Messi in their ranks, including Bayern Munich. However, not so many of them have the presence and pedigree to entice the Argentine superstar and only just a few can actually afford and maintain him. Lionel Messi is one of the greatest players in football history and he is, rightfully, very expensive.

So, it is not enough that a club be a winning powerhouse, said club must also have very deep pockets.

Here are the clubs in the best position to sign the 33-year-old:

At the moment, Messi and Manchester City have the same burning ambitions, which is to achieve Champions League glory. Messi hasn't won the competition since 2015 and City are looking to win it for the first time. And that's a good drive.

City have put together a very solid team, with great depth in recent years, led by Pep Guardiola, who enjoyed tremendous success with Messi during his coaching stint at Barcelona. They would be eager to repeat their exploits in England, no doubt. The club is very wealthy, so they can afford to finance a deal for him, and with the quality of players, including Sergio Aguero—Messi's close friend—their credentials look really solid. It's the club everyone is talking about and they look to be in the right place to get the man's signature.

The Red Devils are also one English Premier League club with deep pockets, and their pursuit of Dortmund's Jadon Sancho despite the financial problems due to the COVID-19 pandemic lays credence to that. Simply put, United have the finances to do a deal and are capable of spending big money when they need to. Also, for a club looking to return to their glory years of domestic and European dominance, signing one of the best players in the world will be a worthy investment.

Picture Messi, Neymar and Mbappe charging at an opposition defence. If a deal happens and Messi moves to the French club, we would be seeing the most electric and lethal front line in world football.

PSG have some of the wealthiest owners in football and they've been hugely successful in the domestic league. In Europe, also, they have emerged as one of the biggest title-challengers. Having finished as runners-up in the recently-concluded Champions League season, they will definitely be seeking to get over the line next season and having Messi in the team will improve their chances, surely?

They have been making good progress in recent years and judging from some of their signings—£198m for Neymar and £166m for Mbappe—the French club have the funds to meet Messi's wage demands.

It would be nice if Messi joined his long-time rival, Cristiano Ronaldo in Italy. The club's mega-rich owner, China's Steven Zhang, who took over the club in 2018 has been working towards turning the club into the superpower it once was. Presently, they're well on track. Zhang has always made known his desire of bringing Messi to the club. If he does, it would be a big boost for a club with great ambitions.

Also, the tax situation in Italy, where superstar foreign players only have to pay 25 per cent tax on their earnings could attract Messi, who's had serious problems with tax authorities, in Spain, in the past.

Messi and Ronaldo in the same team? Is the football world finally going to see that happen? Well, that would be an enormous financial burden for Juventus, but the commercial and sporting gains of having two of football's greatest players ever on the same team would be tremendous for the club.

No doubt, the entire world would want to watch every of the club's match to see how the two men combine on the pitch. The marketing would be insane.

We would see what happens in the coming days.