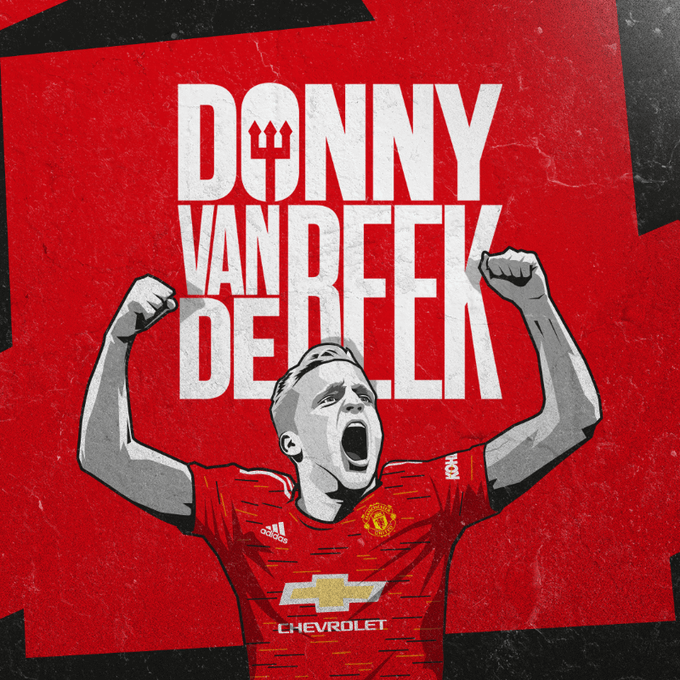 Manchester United are not lacking in midfield talents, so how best will the 23-year-old fit in Ole Gunnar Solskjaer's squad?

On Tuesday Donny van de Beek completed a medical in the Netherlands ahead of a £40 million move from Ajax to Manchester United. The deal was announced on Wednesday while the midfielder is on international duty with the Netherlands.

In what's been a slow transfer window for the Red Devils, Donny van de Beek is set to be the club's first signing this summer.

But Manchester United are not lacking in midfield talents, so how best will the 23-year-old fit in Ole Gunnar Solskjaer's squad?

Van de Beek is a special player. The young Dutchman is incredibly versatile and has the ability to play anywhere across the middle. He can operate in a central or attacking role and at such a young age is already a classic box-to-box midfielder.

He posted good numbers for Ajax, where he's spent his career so far, registering 40 goals and 34 assists in 159 appearances for the club.

But it was Ajax's stunning run to the Champions League semifinals last year that brought him to light on the European scene. He played an instrumental role in Ajax's sensational campaign in Europe, scoring three goals along the way. He scored a further nine and delivered 10 assists in the Eredivisie as Ajax won their first league title in 5 years.

No doubt, he is one of Europe's brightest young prospects. However, he will face stiff competition for starting spots from Bruno Fernandes, Paul Pogba, Nemamja Matic, Fred and Scott McTominay at Old Trafford. Though, despite his superb abilities, it's unlikely that the 23-year-old will dislodge either Fernandes or Pogba, who are two of United's most important players. Instead, he could be the perfect cover for both players in midfield.

In the 2019/2020 season, Van de Beek, who was close to a Real Madrid move before the pandemic, recorded 10 goals and 11 assists in 37 games – better stats in comparison to United's midfield options. Fred had 0 goals and 0 assists in 29 games, McTominay had 4 goals and an assist in 27 games, Pogba had a goal and 4 assists in 16 games. Bruno Fernandes, meanwhile, has been a standout performer, with 8 goals and 7 assists in 14 games. A partnership with the Dutchman in the middle could be electric.

However, should Ole Gunnar Solskjaer stick with his favoured 4-2-3-1 formation next season, Van de Beek would easily slot into a role in front of the defence.

He has no problems sitting deep and doing the hard work if the need arises. Per WhoScored.com, the Dutchman averaged two tackles per game in the Eredivisie, the fourth highest in the Ajax squad. As well as playing offensively, United can bank on him to help out in a more defensive role.

It is going to be a busy 2020/2021 season for United, with domestic and Champions League football, and coach Solskjaer will definitely be needing a strong sqaud with fine depth. Van de Beek's versatility will come in good for the club as they bid to challenge for titles.