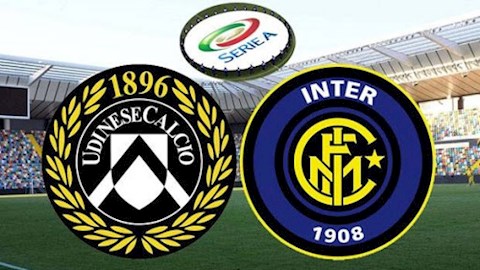 Inter Milan need to keep a hold of their current stand on the table and being able to get the win over Juventus made the job all so easier for the men in blue and black, this weekend they journey to Udine for matchday eighteen against Udinese.

Udinese have not been battling at the top of the Serie A table lately, despite being one of Italy's most popular names, and boasting a large roster of ex-players. In fact, they have spent the previous seven campaigns in the bottom half fighting relegation after achieving three top-five finishes in three years, including third in 2011/12. So far this season hasn't been a good one for Udinese, they're one of the lowest scorers in Serie A, with nineteen goals, and they've lost nine of their seventeen opening games. Without a win in their last seven games, they go into this match, including back-to-back defeats against Napoli and Sampdoria.

Presently, Inter Milan ranks second in the Serie A standings, three points behind AC Milan, the leader of the table. Following their 6-2 mauling of Crotone on January 3, the Nerazzurri experienced a minor blip in the league. Inter had a 2-1 loss to Sampdoria and were then held last weekend to a 2-2 draw against AS Roma. Conte's side, however, advanced to the Coppa Italia quarter-finals with a 2-1 win over Fiorentina last Tuesday. In their last six games in all competitions, Antonio Conte's side are without a clean sheet and clearly have to shore up at the back if they are to keep pace in the title race.

Although their relentless run of eight straight Serie A wins unexpectedly came to an end early in the year at the hands of mid-table Sampdoria, Inter remain on a string of five home league wins in a row. The Nerazzurri grabbed three points after only one point from their last two matches to claim dominance over old rivals Juventus - distancing the fast-closing Bianconeri in the process.

Team News
As five players from the squad are presently nursing different problems, the home side is ravaged with injuries. Udinese remain without Fernando Forestieri, Ignacio Pussetto, Stefano Okaka, Bram Nuytinck and Mato Jajalo for the visit of Atalanta, though Gerard Deulofeu may be in contention to return after being an unused substitute two weekends ago. There are no suspended players, but one booking away from a suspension is centre-back Samir.

On the injury front, in the form of Matteo Darmian and the long absent Matias Vecino returning to training, some good news has arrived. After being removed from the starting lineup just before kickoff against Fiorentina, the injury issue for Stefano Sensi turned up nothing and he has also returned to training.

Conte's injured squad of players unavailable are Danilo D'Ambrosio, Andrea Pinamonti and Matias Vecino. Along with Arturo Vidal, the visitors are likely to put Marcelo Brozovic back into the starting line-up. For Inter, Romelu Lukaku is expected to lead the line.

As one of the hottest attacking powers from Calcio visits one of the coldest, the gulf of trust between the two sides could hardly be wider. While Udinese are rarely blown away by opponents, Martinez, Lukaku and company definitely can not hold back the Zebrette for a full 90 minutes, so it must surely fall to another depressing defeat.