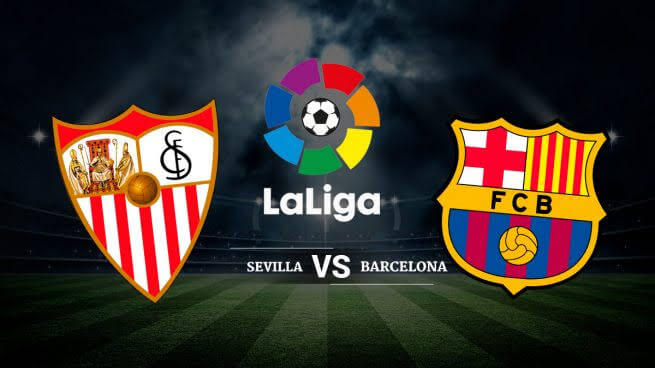 Barcelona are back in yet another La Liga match away at Ramon Sanchez Pizjuan against fourth placed Sevilla this Saturday.

In Spain's top flight, Sevilla have won each of their last five, beating Alaves, Cadiz, Eibar, Getafe and Huesca during a remarkable run of form. In the meantime, the Europa League champions have lost only one of their last 12 in La Liga, and currently sit safe in the top four with a game in hand, seven points off fifth-placed Real Sociedad. Lopetegui’s side will be looking to maintain or go one up the standings on the table as they are two points behind their upcoming opponents and four points behind Real Madrid in second place. As they posted a 2-0 win over Barca in the first leg of their semi-final contest earlier this month, Sevilla have also put themselves in a good position to reach the Copa del Rey final.

However, in the Champions League, the Spanish giants have work to do, having suffered a 3-2 home loss to Borussia Dortmund in the first leg of their last-16 tie on Wednesday night, the only blotch in their eleven game streak across all competitions. There is no doubt that Sevilla is the in-form hand of La Liga. They have earned the maximum number of points in their past five league fixtures while scoring eleven times and conceding just once. This finally propelled them to fourth position and opened up a large gap in a gaggle of clubs below them

In a 1-1 draw last weekend, Barcelona had their seven-game winning streak halted by Cadiz. Ronald Koeman stated that the deadlock was more disappointing than the 4-1 pummelling they received in the Champions League at the hands of PSG, as it was an opportunity for the Catalan giants to close the Atletico Madrid gap after the leaders of the Levante League lost at the weekend. Barça was expected to beat Cádiz easily but missed a lot of chances and at the end gave up a poor penalty that cost them two giant points, and now Blaugrana has to work harder and count again on dropping points at Atlético Madrid to reach the title chase.

The Blaugrana have racked up forty seven points in twenty three games and are undefeated in their previous thirteen LaLiga fixtures though they have been inconsistent for weeks, they cannot afford to drop points to Sevilla at this stage as they look to close the gap between them and the league leaders, Atletico Madrid.

Sevilla came out of their match against Osasuna without any form of injury but the duo of Marcos Acuna and Lucas Ocampos are not available for the lineups this weekend. Munir El Haddadi, Nemanja Gudelj and Oliver Torres are to be renamed by Lopetegui, all in line for the start. In last week's loss to BVB, Luuk de Jong was on the scoresheet, but Youssef En-Nesyri, who has scored thirteen league goals this season, can hold his place at the end of the attack.

Meanwhile, Barcelona remains without Ansu Fati, Philippe Coutinho, Sergi Roberto and Ronald Araujo, although it is not expected that the latter will be out much longer. The choices for change in the full-back positions are Oscar Mingueza and Junior Firpo, while Miralem Pjanic, Riqui Puig and Trincao will all hope to gain starts this week, too. Sergio Busquets, Frenkie de Jong and Pedri should retain their places at the midfield.

Both teams are going through some of their better days in terms of form this season. This match will no doubt be one to look out for this weekend as Sevilla have been blowing it hot in the league and will be looking to grab three points to move up against their visitors. Barcelona, on the other hand, are trying to overthrow both Atletico Madrid and Real Madrid and this is a critical point to do so.