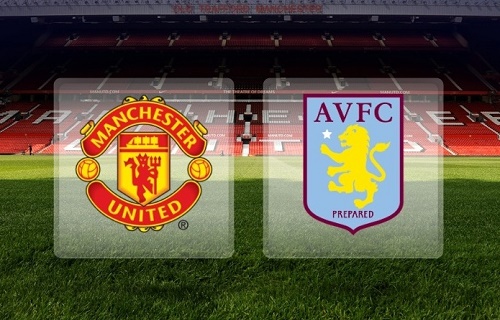 The Red Devils are second on the table with a game in hand on Liverpool and yes, whisper it, Manchester United are in the title race. Solskjaer’s men have quietly gone about their business in the league and their current run of 9 games without defeat has elevated them to the coat tails of the champions Liverpool.

After a rough start the Red Devils have really exploded and even though the midweek win over wolves was achieved through a 93rd minute deflected Marcus Rashford shot, the perseverance gave man united the edge eventually.

With key players coming into form at the right time including player of the month Bruno Fernandes and Marcus Rashford, Ole can be confident of keeping up the great form.

While Solskjaer and his United squad may not regard Villa as long-term rivals in the hunt for the Champions League places, they will be aware that defeat on Friday evening would put a dent in the feel good atmosphere around the club now.

Meanwhile Aston Villa have arrested a period of bad form and have now won 3 of their last 5 games. A period that also saw them concede just one goal. Dean Smith has really changed the fortunes of this club and has drawn our performances from every single player. Villa looked excellent in that game against Chelsea, they have been playing well all season and it’s a reward that they’re currently sitting in 5th position.

With 24 matches still to play, Smith will stress that his players cannot afford to get ahead of themselves when consistency could be a deciding factor come the end of the season. Jack Grealish has been moved centrally which has allowed him create even more chances and should definitely be a threat to Manchester United in this fixture. A win for Villa will take them into the top 4 and Dean Smith will expect a close battle as the season reaches its most hectic period.

Anthony Martial is expected to earn a callback for United, taking the place of Edinson Cavani in attack. Luke Shaw, Fred and Scott McTominay should also come into the side as replacements for Alex Telles, Nemanja Matic and Paul Pogba.

With Villa defender Tyrone Mings returning from suspension, one of Kortney Hause or Ezri Konsa will drop down to the substitutes' bench.

Having recovered from a hamstring injury, Ross Barkley is in line to replace Bertrand Traore.

Manchester United are the form team in England now and have found a way to win even the most difficult games. Liverpool’s dropped points to Newcastle makes this an even more important win for the Red Devils and while Aston Villa will be a difficult side, United should come away with a narrow win.