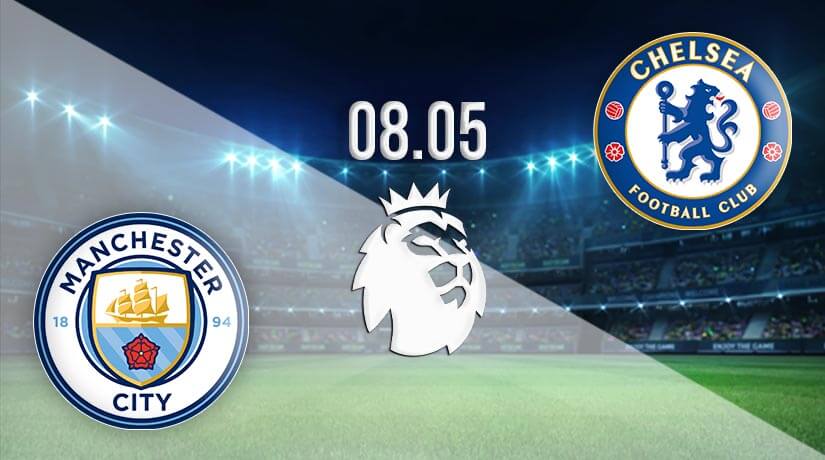 Prior to the Champions League final match in Istanbul, Manchester City will look to seal their Premier League title this Saturday when they face Chelsea at Etihad Stadium.

Manager Pep Guardiola has successfully led his team thirteen points clear of second placed club Manchester United, with the assurance that getting three points over Chelsea will earn them the title despite gaining four games left in the season. Last weekend, the Cityzens prevailed over Crystal Palace at Selhurst Park with a 2-0 scoreline courtesy of Sergio Aguero and Torre, though the first half ended in a gridlock, the men in sky blue came more prepared in the second, netting those two goals barely twenty minutes in and two minutes away from the first.

The home side will consider a means to prepare for their UCL match final on Tuesday after going through defeating Paris Saint-Germain with a 4-1 aggregate. Manchester City, however, must be wary and perform better than they did at the FA Cup semi finals almost three weeks ago, losing by a goal difference. The Cityzens want this done and dusted as well as having that one up against Tuchel as the days lead up to the Champions League final.

Chelsea players have quite settled down around the management of Thomas Tuchel, as he and his team players head into this match with one defeat in fifteen Premier League games. From cup competition success to complete charge of their Premier League fate, this could be the Blues' best season in many years – if they can only get over the finish line. It's not a given that they can, but they now have proof that they can beat just about everyone in Europe.

The Blues have to take this match seriously if they want to make the top because they have West Ham right behind with just three points. them. Chelsea have maintained their professional image since knocking Manchester City out of the FA Cup. They drew 0-0 with Brighton, but they went on to defeat West Ham, Fulham, and Real Madrid over two legs. This should be seen as a run of good performance for a few weeks' work.‍

Pep Guardiola will want to get the Premier League title at their first request and luckily they have no midweek game which means Pep could afford to bring in a striker perhaps Sergio Aguero, who has been decent so far. Eric Garcia remains unavailable following his absence from the second leg of the Champions League semi final due to illness. While John Stones will serve his last match ban after being awarded a red card against Aston Villa two weeks ago.

Chelsea's only injury issues heading into this match are Mateo Kovacic and Cesar Azpilicueta. Under Thomas Tuchel, N'Golo Kante has been particularly impressive, and should be in the starting eleven against Manchester City.‍

Both Manchester City and Chelsea are arguably the best attacking and defensive team respectively, with their respective coaches knowing themselves tactically. This match has been made out to be the rehearsal for what’s to come in few weeks in Istanbul.