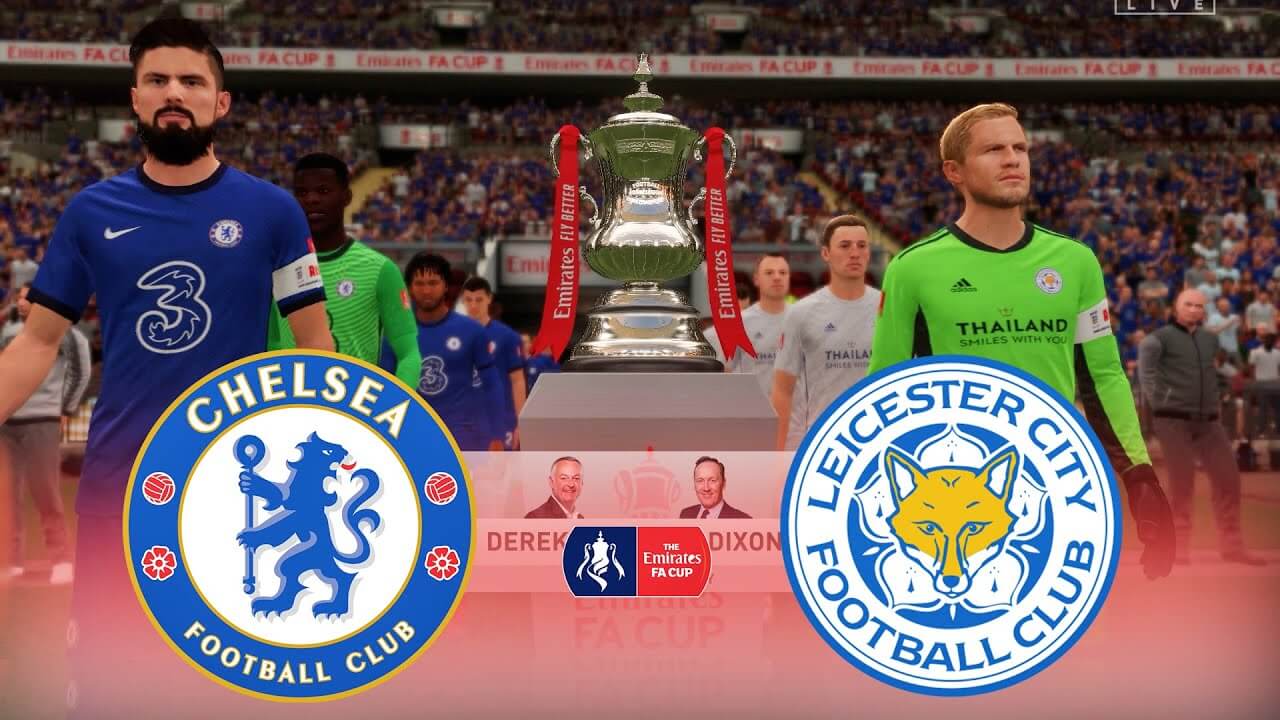 The FA Cup final will be contested between Leicester City and Chelsea as both teams fight for the chance to lift the trophy in front of 20,000 spectators in Wembley.

This game will be a first of two finals for them as the season draws to a close and also potentially a first of two trophies. Thomas Tuchel’s reign has seen marked improvement and steered them from potential nothingness to two finals to end the season. The Blues are also going head-to-head with Leicester for a spot in the top four as the Premier League season heads for its final week and in a worst case scenario situation, Chelsea would need to actually finish in the top four places to play in the champions league next season. Chelsea would be going into this fixture on the back of a rare defeat after going down 1-0 to Mikel Arteta’s Arsenal side on Tuesday night.

Chelsea midfielder Jorginho gifted Arsenal the only goal of the game after a misjudged back pass was intercepted by Aubameyang who then fed teammate Emil Smith-Rowe to fire home the winner. Tuchel will however not be too downbeat by that as he is aware of his team’s strengths and knows they can beat anyone on their day as they have shown recently. Chelsea were the masters of their own downfall against Arsenal, but they are yet to concede under Tuchel in this year's FA Cup and had strung a seven-game unbeaten run together before Wednesday's defeat, while their ridiculous squad depth means that Tuchel has plenty of options for change ahead of the final.

Leicester City have had a fantastic season up to this point and the Foxes will be taking part in their fifth final as they search for their first FA Cup trophy. Brendan Rodgers's men knocked Southampton out in the semi-finals thanks to a goal from the in-form Nigerian striker Kelechi Iheanacho and will now look to find a way past a resilient Chelsea side on May 15th. Leicester have performed admirably in this season’s FA Cup so far churning out wins over Stoke City, Brentford and Brighton before a superb 3-1 victory over Manchester United in the quarter-finals who did not rest on their laurels against a declining Southampton outfit in front of a handful of fans at Wembley.

The Foxes have had a bit of a rough week losing to Newcastle in a game they should have been winning easily but being able to bounce back to take all three points against Manchester United on Monday night must have given them the boost they required going into such a crunch fixture especially with their top 4 hopes still in the balance. Premier League concerns take the backseat for now, though, as Leicester aim to come out victorious on their first visit to Wembley since the year 2000. ‍

Meanwhile, Chelsea boss Tuchel is hopeful that Mateo Kovacic can shake off a thigh problem in time to make the squad, but the midfielder would surely be named among the substitutes given his extended spell on the sidelines.

Leicester will have to be without long-term absentees James Justin and Harvey Barnes (both knee), while a back injury will prevent Premier League-winning captain Wes Morgan from having another shot at silverware.‍

As good as Leicester have been this season, recent performances have not been up to par and they are once again beginning to wobble when it matters most. Chelsea are the more settled and frankly better side and should edge this game narrowly.