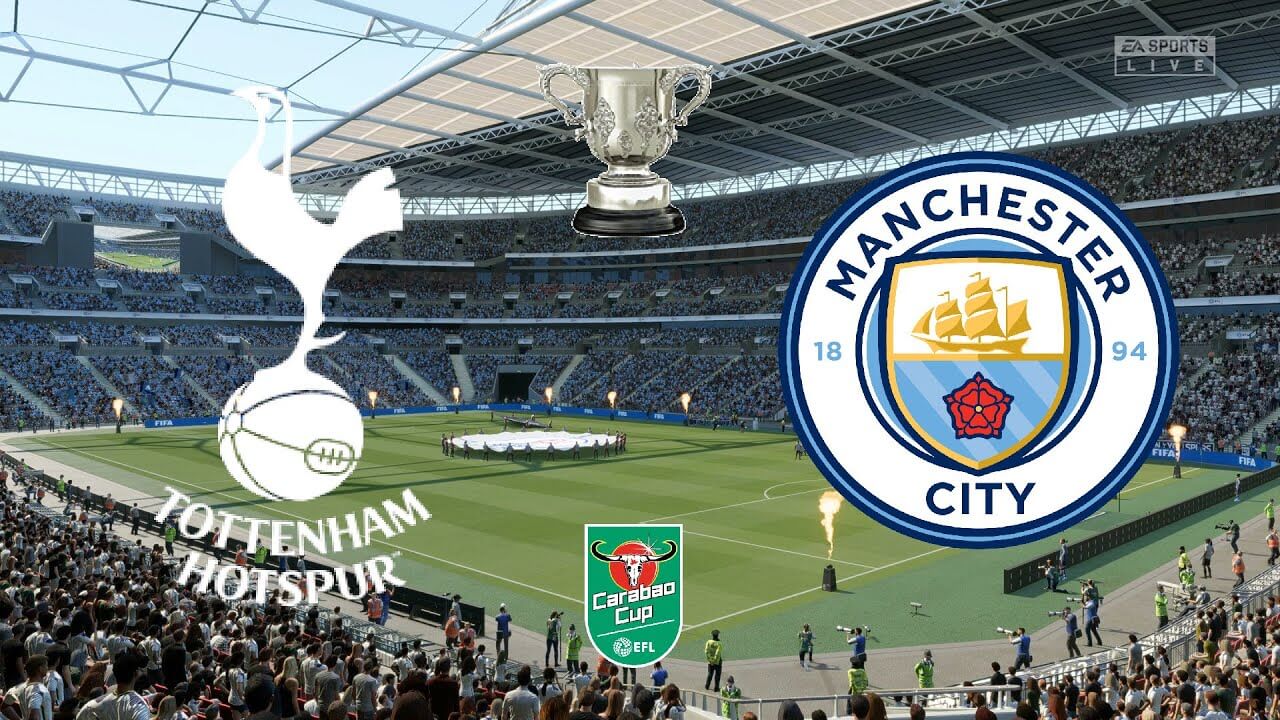 Manchester City are on course to win their fourth consecutive Carabao cup title as they prepare to take a Tottenham Hotspur who are recently without a manager since sacking former coach Jose Mourinho,

Manchester City have won the last three Carabao trophies and will be aiming to make it four out of five. Pep Guardiola’s men were on course for the quadruple before losing 1-0 to Chelsea in the FA Cup semi final and now need to win this to keep the treble hopes alive.

City beat Aston Villa in mid week to go 11 points clear at the top of the premier league table and Pep’s men can now fully focus on the task of retaining their carabao cup crown.

Man City were the first English team to officially pull out of the Superleague plans and will owe it to their fans to reward them with a trophy.

Potentially the first of three for the season, expect Pep to select a strong squad and avoid the selection mistakes he made against Chelsea in the FA Cup semis. Kevin de Bruyne should be back fit and his availability will be a big boost to a side looking to extend this amazing run of cup final wins. Guardiola must keep his men incredibly focused as Tottenham will be much more difficult than their last league fixture but with the form the citizens are in, it will be no surprise to see them lift the trophy come Sunday night.

New caretaker manager and former player Ryan Mason led the team out against Southampton for his first game in charge and there was a noticeable shift in the set up with the team suddenly looking more attacking, defensively still shaky although that might be a personnel problem more than an actual setup issue. Tottenham were one of the clubs aiming to join a breakaway league that sparked outrage across the world of football and for a team that is yet to win a trophy this decade it is imperative that this one comes home.

Starting out as underdogs, Ryan Mason will want to fill his side with as much confidence as possible and due to the possible absence of Talisman Harry Kane the task might become even more difficult than it already is.  The last time these two sides met, it was a stroll in the park for City and Spurs will need to put up more of a fight if they’re to have any hope of coming away with the trophy.‍

Man City is without the Stones suspended, while De Bruyne has a knock and needs a late fitness test but he could be needed fresh air for the Cityzens after being forced off the pitch at the semi finals. Aguero could return from the bench late in the game to provide Man City with some extra umph. Harry Kane has an equal chance of either being on or off the pitch.

Tottenham will be playing their first finals match under interim coach Ryan Mason and are more concerned about the silverware on the line. While Matt Doherty may return from injury on Sunday, the Londoners are going to be without Ben Davies at Wembley.‍

Man City will be the clear favorites in the final, regardless of whether De Bruyne plays or not. Their team has a lot of experience in major games like this and has never lost a cup final under Guardiola's leadership. Although Tottenham has some excellent team players up front, such as Harry Kane and Heung-Min Son, Man City has the better all-around squad and can eventually play the occasion better than Tottenham, leading to victory and an eighth Carabao Cup trophy.‍