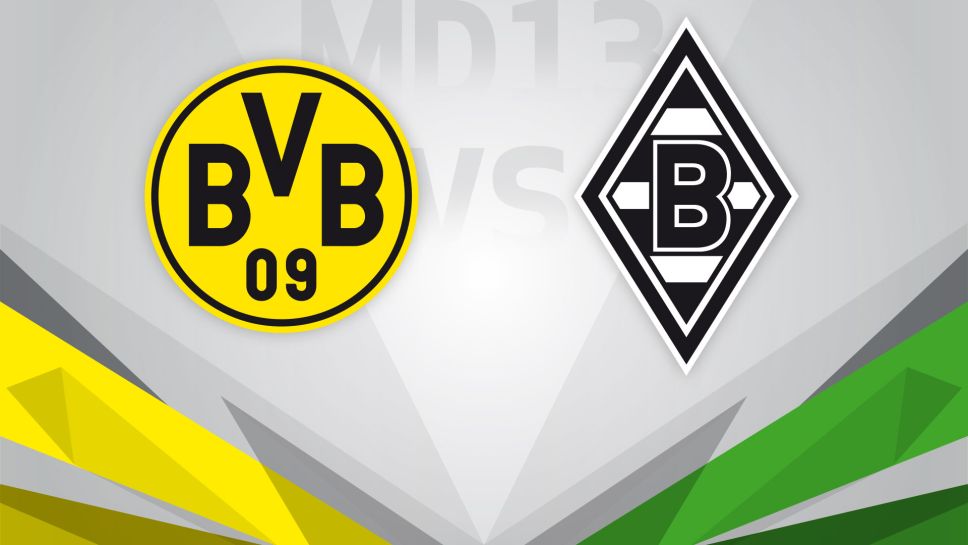 Both teams meet for the second time this second, this time Der BVB are visitors to Borussia Park on Friday as they usher in the next round of Bundesliga fixtures.

Match Preview
Die Fohlen are off to an impressive start this new year, with records of three wins from four league matches played so far. Their unbeaten run was extended during the week after a solo goal from Nico Elvedi proved to be just enough to earn them three points against Werder Bremen. Galdbach were close to conceding before the halftime break, safe for a brilliant fingertip save to touch away Romano Schmid's top corner-bound volley.

Prior to this win, Gladbach played two games against Arminia Bielefeld and Mainz, going unbeaten in both as mentioned earlier but it is their resounding 3-2 victory over current league leaders Bayern München that takes it away compared to other victories so far. Previous wins by Marco Rose’s team have all been determined by at most one goal margin with the 1-0 scoreline repeating itself again against Werder Bremen. However, the leadership at the Prussian side can be proud of their current standings in the league.

Being unable to earn three points from the match against Bayer Leverkusen has left the Black and Yellows in fourth place having lost the opportunity to climb into the top three positions with thirty-two points to their name. Borussia Dortmund went on a 2-1 defeat to second placed Leverkusen conceding the first goal within the opening fifteen minutes, this makes for their second consecutive game without a win, after recording a 1-1 stalemate with a relegation threatened Mainz side over the weekend.

Nonetheless, the ability to over highflying Leipzig at the second game of the new year was a welcome performance as to how ruthless they could be. Dortmund proved that by drawing 1-1 at home to Mainz 05, which had headed into the game bottom of the table, they are far from the finished article under Edin Terzic. Regardless of who is boss, losing points at home to fewer competition seems to be a common trend at BVB, with it regularly becoming highly costly in terms of ending their wait for a championship in the Bundesliga.

Team News
Boss Marco Rose of Borussia Monchengladbach will not be able to call on midfield service providers Valentino Lazaro and Rocco Reitz, both of whom are injured.
The availability of young defender Mamadou Doucoure, Switzerland's international defender Breel Embolo and French striker Alassane Plea is in question. Marcus Thuram, the French winger, is suspended.

Dortmund have a host of absentees to deal with going into this game. Due to a throat infection, Giovanni Reyna is a big doubt, while Axel Witsel, Thorgan Hazard and Dan-Axel Zagadou stay out because of their respective injuries, with the latter picking up a knock against Mainz that could hold him out for a few weeks.

Meanwhile, Emre Can missed the previous match having accumulated the maximum number of yellows before the 19th round. This automatically means that midfield play and creativity should be back to full capacity with Jude Bellingham and Thomas Delaney alongside.

Prediction
Last time these two teams met the visitors took utter dominance of the game, producing a hat trick of goals including a clean sheet to go with. Tides may have changed going into this match and Monchengladbach are playing more like they want to be included in the race for the Bundesliga title this season. As such, getting the victory over Dortmund will do a lot in terms of boosting their ranks on the standings.