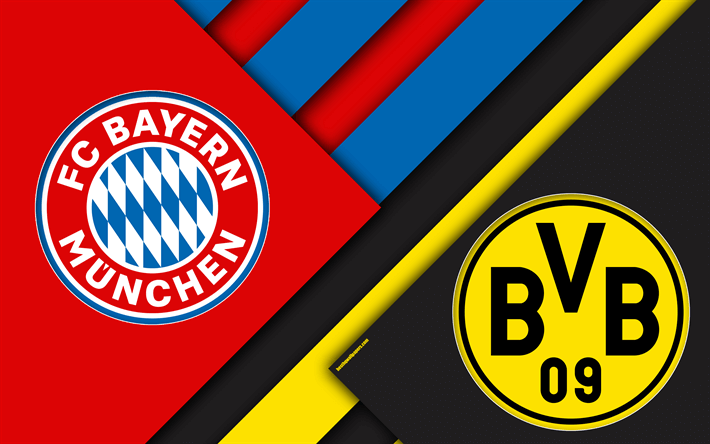 Matchday twenty-four presents an opportunity for Bayern to go even further in the quest to defend their Bundesliga title, fifth place Dortmund will travel to Munich to face the European champions.

Since losing 4-1 at Hoffenheim at the end of September, last season's European champions have won four consecutive Bundesliga matches, scoring fifteen goals in the process. They've only lost one of their last thirty-seven games in all competitions, and their twenty-four goals in six league games – an average of four per game – are eleven more than Dortmund have scored in the same number of games. Bayern has conceded nine goals in six league games this season, and they have only kept three clean sheets in their last eleven games across all competitions.

Bayern has had a few strange glitches this season, but they enter this match in high spirits after a fantastic end to February. Following a 4-1 victory over Lazio in Rome, Hansi Flick's side are close to a Champions League quarter-finals while crushing Cologne 5-1 at this site has kept them two points clear at the top of the Bundesliga table. Eric Maxim Choupo-Moting put Bayern ahead, Robert Lewandowski and Serge Gnabry both scored a brace.

Dortmund's season has been a roller coaster, first under Lucien Favre and then under his temporary replacement Edin Terzic, with the club finishing outside the title race. However, things have improved significantly in recent weeks, beginning with a 3-2 Champions League win over Sevilla. Then came victories over Schalke and Arminia in the Bundesliga, with seven goals scored and none conceded, putting Borussia just outside the top four. Despite their weak start to the season, Dortmund's top form appears to be returning. Edin Terzic's team has now won four consecutive games in all competitions after a 1-0 midweek cup victory at Monchengladbach.

They also come into this match with a three-game unbeaten streak in the Bundesliga, including victories in their last two games without conceding. Their travel style is one aspect of their game that needs to be improved. In the German top flight, the visitors have only won one of their last four away games, suffering three losses in the process. In their last Bundesliga away match, they beat Schalke 4-0 to end a three-game losing streak on the road.

While Corentin Tolisso, Douglas Costa, Alexander Nubel, and Tanguy Nianzou are all out injured, there is some good news with Benjamin Pavard back in training after recovering from COVID-19 but Niklas Sule will definitely remain at right-back. Flick is likely to recall Gnabry and Muller to the starting XI in place of Jamal Musiala and Choupo-Moting after their impact against Koln.

Dortmund, meanwhile, will be without Manuel Akanji, Axel Witsel, and Marcel Schmelzer, who are all injured. Thomas Delaney recovered from a fever to start against Monchengladbach in midweek and should continue in Terzic's midfield, with Emre Can and Mats Hummels still wanted in defence.

Both Sancho and Raphael Guerreiro had to exit the game against Gladbach with ice packs on their knees, but Terzic will do whatever he can to get them back in the game.

Both Bayern and Dortmund are optimistic going into this match. The Bavarians seem to be back to their peak, although Dortmund's recent form has greatly improved. Bayern Munich is a formidable force at Allianz Arena, and that may be the difference between the two teams when they meet.