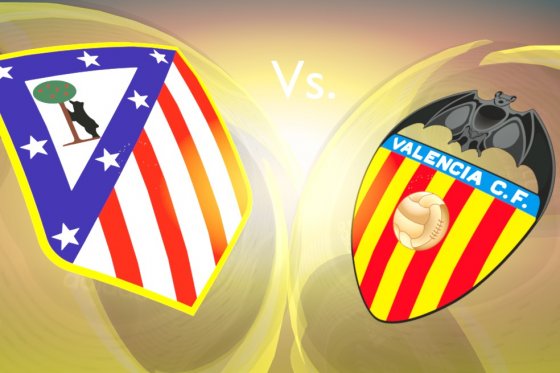 Valencia leave the comfort of Mestalla to face Atletico Madrid at the Wanda Metropolitan for La Liga’s twentieth round on Sunday night.

Match Preview
The men of Diego Simeone are actually leading the way by four points in La Liga and have two games in hand over those below them, including second and third in Real Madrid and Barcelona. When they take on relegation-threatened Valencia, the capital club will now look to deepen the too-close-for-comfort chasm at the summit. In La Liga, Atlético Madrid beat Julen Lopetegui's Sevilla 2-0 a week ago, goals from Argentine attacker Angel Correa and Spain's international Saul ensured victory for the league leaders. Unfortunately, dreams of lifting the Copa del Rey trophy was cut short when they crashed out of the competition in the second round to a lower league opposition in Cornell. However, this may have been at their best interest as they seized the opportunity to rest ahead of big La Liga fixtures to come.

Los Che were significantly below this term, gaining just nineteen points from their opening eighteen games (their worst return since 2016/17), but a 1-0 victory over Real Valladolid earlier this month created some momentum going into this crunch clash with a championship contending side in Atletico Madrid. Victories for Valencia this term have been difficult to come by in La Liga, but the setbacks they have suffered have been slim with close games going against them so far in six of their seven losses. The three-game winning surge in Valencia should allow them to tackle the game on Sunday with renewed faith, and as a result, the visitors are favored to score a goal or perhaps cause an upset.

Team News
Atletico Madrid, who are both suspended, will be without main midfielder Koke and English right-back Kieran Trippier. There are questions about the availability of the Spanish defender, Mario Hermoso, the Mexican midfielder, Hector Herrera, and the new signer, Moussa Dembele, who came from Lyon, will only be considered as a substitute.

Valencia will be without Dutch goalkeeper Jasper Cillessen and veteran French forward Kevin Gameiro, both of whom are nursing injuries. There are questions about Brazilian centre-back Gabriel Paulista's availability.

Under Diego Simeone, Atleti are continuing a persistent and unavoidable run towards their second championship. It looks like this is going to be their sixth straight win since their Madrid derby loss in December.