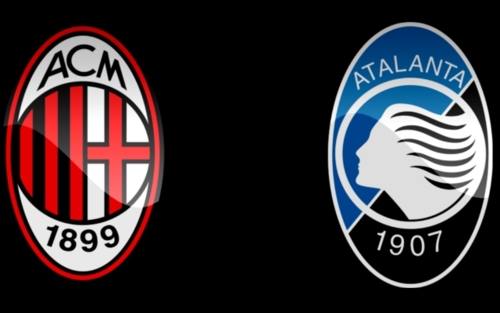 Table toppers AC Milan look to build on more points when Atalanta make the trip to Stadio Giuseppe Meazza with hopes to widen the gap between them and second placed Inter Milan.

Match Preview
AC Milan renewed their three points on the table over city rivals Inter Milan, thanks to the most recent victory over Cagliari last Tuesday where two on target strikes from Swedish veteran Zlatan Ibrahimovic sealed the win after missing nearly two month of football action. Milan keeps a game in hand over its city title rivals, but after Inter beat Juventus in the Derby d'Italia on Sunday night, the two now sit three points away from each other with 43 and 40 points respectively. When they were defeated by Juve in early January, the Rossoneri's unbeaten run in the league came to an end, but since then they have bounced back and won their last two games including beating Torino at both league and cup divisions, despite having to contend with an injury-hit squad that is missing a truck load of key players.

The cup tie with Torino ended in a penalty shootout as was the case to determine who went through to the next round to book a meeting with Inter Milan, which happened to be their ultimate Milan rivals. In the Italian top-flight this season, Pioli's side hold the third-best defensive record and the fourth-most efficient attack, demonstrating their proficiency at both ends of the pitch. For very different reasons, they'll be an excellent test of Atalanta’s fighting spirit with both sides wanting the points.

In eleven games across all competitions, Atalanta are unbeaten, a form that has seen them move up the Serie A table to the touching distance of fourth. This was a full turnaround for the Gasperini team, who at the beginning of December were as low as ninth in the midst of news of a crash between the Italian and Alejandro Gomez. But that was dropping out, and Gomez was now put on one side with Atalanta now set to jump ahead of Roma, Juventus and Napoli to seventh should they emerge victorious this week against Udinese. And for Atalanta, a win will be even more significant given that they face Serie A leaders AC Milan on the weekend.

Surely, Gli Orobici are hoping to bounce back to winning ways after they were held to a goalless draw against Genoa over the weekend, bringing their three-game winning streak to a close as well as dropping points for the eighth time this season. As of late, they can look to their upcoming game against a lowly Udine side as an opportunity to climb up the table as they stay seventh with an eleven point difference between them and AC Milan in first position.

Essentially, Milan legend Zlatan Ibrahimovic returned to the pitch last match following a recovery from an injury and should be Pioli’s top choice to lead the attack on La Dea. Alexis Saelemaekers also featured previously after recovering from a thigh injury but he picked up a red card on his return, therefore a suspension ban awaits him for this fixture.

Gasperini also won't have Mario Pasalic back from injury, though Marco Tumminello, the backup striker, is still out. Defenders Berat Djimsiti and Robin Gosens have to proceed with caution as both are only one suspension booking away.

However, in support of Duvan Zapata, with Ruslan Malinovskyi falling to the bench, Gian Piero Gasperini has an increasingly deep pool of talent from which to choose and should return to the trusted Matteo Pessina. In central defense, Cristian Romero is also likely to take over from Jose Luis Palomino.

Prediction
The Rossoneri have been super spectacular this season with only one loss in seventeen matches, one that came at the hands of the defending champions.m Juventus. Atalanta, on the other hand, are having a great time as well but recorded their first winless game thus new year last weekend. Both teams have a history of games between them, most of which have ended squares including their most recent encounter last season.